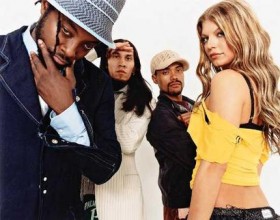 “Fergie is saying she wants out of the band and the second half of the tour isn’t confirmed for early next year. Things have gotten really bad with Will.i.Am. And it’s not just Fergie who is clashing with him. So is the rest of the band.

His ego is out of control. Fergie just wants to get away from the whole thing…She really wants a baby with Josh. Between that and the bad blood with Will, it looks like the 2011 tour is in big trouble and she’s saying she’s going to split for good.”

It would be  a sad day for Peas fans if she leaves, but let’s face it Will.i.Am is the groups mastermind and will just end up pulling a Destiny’s Child or Pussycat Dolls, replacing Fergie with another female with a smoking hot voice.