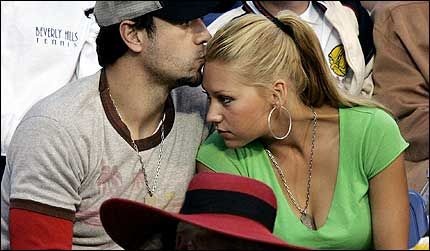 Looks like there will be no wedding bells for the belle of the tennis court and her crooner lovey.  Although going fairly strong with their 11 year relationship, Enrique Iglesias won’t be popping the question any time soon to Anna Kournikova.

Although the pair have been quite the elusive couple to the media, Enrique explains himself as to why marriage won’t be in the works for him and Anna. Coming from divorced parents, Iglesias partly attributes his views on marriage on  this and says marriage doesn’t make you love someone more due to a piece of paper.

Their commitment doesn’t make their relationship any less than a married couple.  The singer also points out how society has been more accepting of kids born into parents who aren’t married as the difference lies in the matter being a good parent.

Apparently, many have been nagging the 36 year old singer about his previous reference to his 30 yr old tennis belle as his wife. This took place at  a concert in Russia back in April of 2011.  Iglesias explains that the word “wife” would have made more sweet sense to his audience than calling Anna his “girl”

Of course, it takes two to tango in an 11 year committed relationship.  It takes a special kind of girl to keep Enrique Iglesias crooning at her feet. And this definitely makes Anna Kournikova a perfect match since she shares his same views on marriage. The tennis pin up girl says as long as she’s in a truly happy relationship, it is all that actually matters even without that legally binding piece of paper to show their love and commitment.

I wonder though, how these two would take to big money deals sans a contract, since it just a piece of paper? 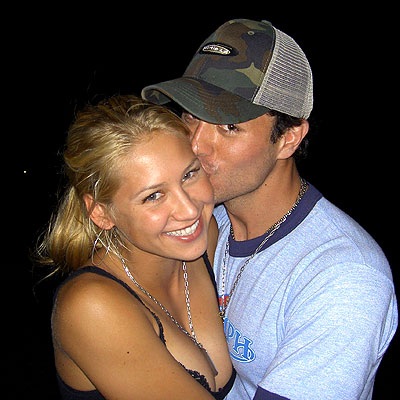