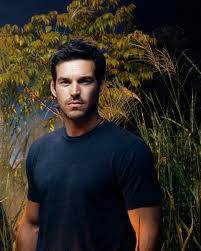 Eddie Cibrian, who you might remember had an affair with the then-married LeAnne Rimes has finalized his divorce from Brandi Glanville.

Rimes and Cibrian met on the set of their 2009 Lifetime movie Northern Lights.

The couple (Cibrian and Glanville) were married for eight years and have two children together. The divorce was granted by a Los Angeles County Superior Court judge last month.

Cibrian filed for the divorce in August 2009 citing irreconcilable differences, which we assume translates to “affair with Rimes.”

During the same time Rimes announced her divorce from her own backup dancer husband Dean Sheremet, they had been married for seven years.

After discovering the affair Brandi has rightfully so been demanding large amounts of spousal and child support.

Rimes and Cibrian are currently living together in her Hollywood home.