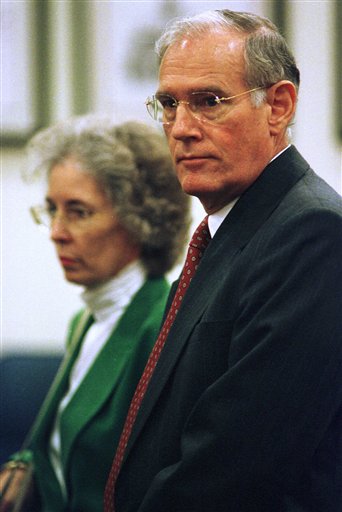 E. Pierce Marshall & Anna Nicole Smith were in a long legal battle after Marshall’s father & Smith’s husband, J. Howard Marshall died in 1995.Â  Smith married the 89-year-old oil tycoon in 1994 when the then topless dancer was 26.

J. Howard Marshall was at the time one of the wealthiest men in Texas, worth more than $1.6 billion.Â  Smith claimed that her husband promised her half of his estate, while his son E. Pierce stated that the more than $6 million in gifts she received from J. Howard was all that his father intended to leave her.Â

In May, Anna Nicole won her chance to collect millions when the US Supreme Court Justices overturned a US appeals court ruling that stated the widow was entitled to nothing.Â

So, what does this mean for Anna Nicole now?Â  Does she win by default?Â  Did she hire an infection to kill her legal combatant?Â  I’m sure there will be more to follow & I will be there to fill you in on all the greasy details.