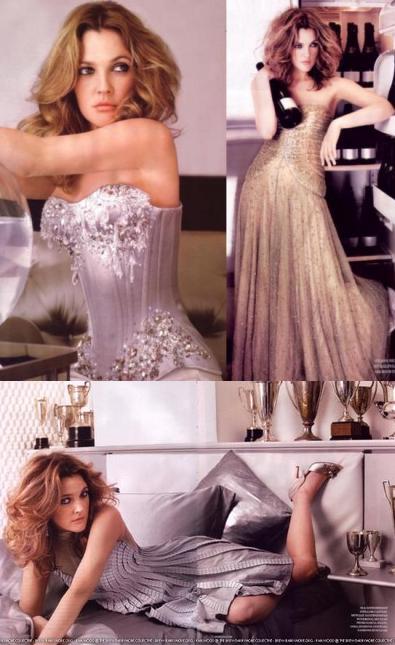 In theÂ OctoberÂ UK edition of Elle magazine, Drew BarrymoreÂ illuminates the pages as only she can.Â  Â Barrymore, aside from looking lovely, reveals to the magazine that she suffers from the occasional panic attack, but will not take prescription medication for her condition.

Barrymore says, “Every single medical expert says (panic attacks) are not real. So you’re like, ‘But how come when my throat is closing up, I’m blind with dizziness, I can’t catch my breath, and I am hot and faint and want to rip my skin off and am convinced I’m going to die’, that’s so real to me?”

Drew’s father who also suffers from panic attacks takes medication to ease this issue, but Barrymore won’t hear of it.Â  I can’t blame her, with such an adorable personality it would be a shame to chemically alter her moods.