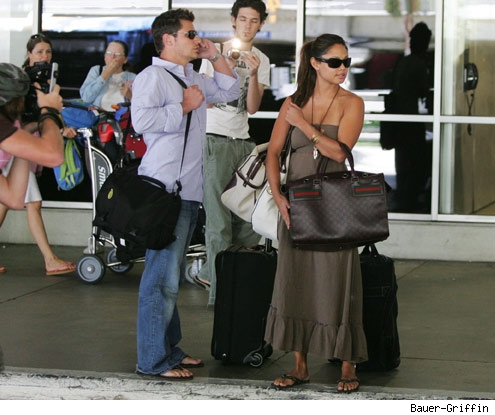 Is it just me or haveÂ you too noticed that Vanessa Minnillo & Nick Lachey spendÂ more time at airports than actually performing some kind of work for pay?

Minnillo & Lachey were spotted outsideÂ LAX on Wednesday, apparently posing for the paps while Nick tried to figure out where the hellÂ  their ride was.Â Â

Vanessa currently has no film or TV projects on the table & poor little Nick hasn’t even been close to the Billboard charts since early 2006 for “What’s Left of Me.”

I guess we’re just pretty much done with this pair.Â  Maybe that sex tape could do something to boost our interest….