.
You are here: Home / Celebrities / From Disability To Celebrity

Waking up to the reality of a life altering disability is never easy to understand. Even those who watch from a distance, attempting to relate to the struggles of those overcoming a crippling impairment, often ask themselves how the disabled manage to carry out certain every day tasks. Yet, despite the challenges that present themselves as obstacles in the way, the disabled are often still expected to rise to the occasion and perform on the same level as the able-bodied.

At times, even the most innovative among the disabled community find themselves forced to rely on government aid just to make ends meet, according to Gilbert & Bourke, LLP. At other times, the right door of opportunity presents itself and a disabled person pushes forward despite the odds.

Some of these individuals figure out their true purpose in life. They overcome the impairments that once held them down. A select few even become celebrities and icons of pop-culture. As these individuals stand in the spotlight, they give inspiration to others with impairments similar to their own. Their success being proof that even those with a disability have the ability to overcome. 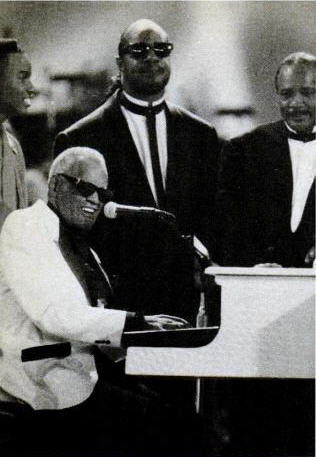 When people think of popular celebrities with disabilities, Performers like Ray Charles and Stevie Wonder come to mind. Though neither musician had the use of their eyes, they both managed to carve out successful careers in the music industry. Another blind musician that sometimes gets lumped into this category is Jeff Healey. When the world is little more than a tactile and audio-based experience, it seems that the realm of music and sound is the logical career choice for such individuals. For others like Stephen Hawking, being bound to a wheelchair did not stand in the way of his achievements in mathematics and theoretical physics. Even Albert Einstein was suspected of struggling with a learning disability throughout his life. Many actors who have graced the television screen have pushed beyond the limits of their own disabilities. According to People.com, Tom Cruise has brought the fact that he has dyslexic into the public light, but this revelation never prevented him from being highly successful in his field of expertise.

Tom Cruise’s own struggles with being able to read caused him to recognize that he was functionally illiterate. As his career progressed, this obstacle haunted him until he took steps to face it head on.

What Makes The Difference

It is often wondered why one disabled person functions well in society and another does not function so well. This problem is more perplexing when the two individuals have the exact same disability. Sometimes the only difference is the level of self-motivation to succeed. Other times the difference arises from training, education, background and even an individual’s work ethic which are often the same reasons why diverse levels of functionality exist in the able-bodied community as well. In this respect, disabled people are just like everyone else. Unfortunately, this sameness is often ignored rather than accepted for what it is.