.
You are here: Home / Celebrities / Dennis Rodman Kicked Out Of California Hotel 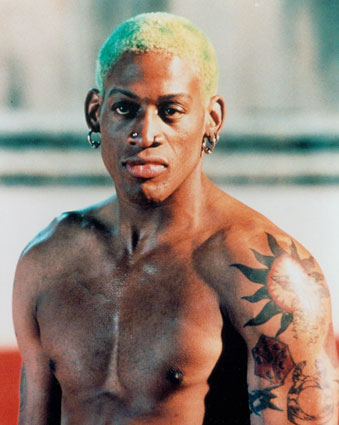 Dennis Rodman was kicked out of a Languna Beach hotel this past weekend for being drunk and disorderly.

Rodman was asked to leave the Surf and Sand Hotel where he was filming a new UK TV show. Sources say he was at the hotel bar and was asked by security on several occasions to be quite and to stop bothering hotel guests.

After refusing to listen to security guards, police were called and seven uniformed officers showed up to kick the former NBA star out of the hotel.

It’s nice to see the Dennis Rodman of the old days (that was meant to be sarcastic). Wasn’t he taking a pill to stop him from drinking at one point?