.
You are here: Home / Celebrities / Ashton Kutcher / Demi Moore loses weight and tips at 98 lbs to mark her 49th Birthday …. or is it to save her marriage? 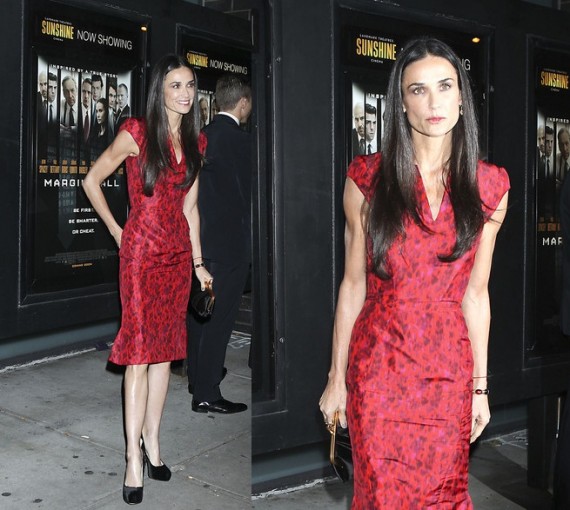 Turning 49 yrs old may yet be a milestone for Demi Moore who has managed to shed even more weight now tips at 98 pounds before her birthday. 98 pounds – my, with the way she looks in her recent photos, she’s  probably a mere 80 pounds. Half of which comes from her hair.
After alleged rumours of husband Ashton Kutcher’s affair with 23 yr old Sara Leal , word spread like crazy bush fire of an impending divorce. However, the couple remained on a steady course of working out their issues and moving on with their normal life.
Noticeable though, is Demi’s rather alarming rate of weight loss. Understandable that she may be going through a rough time and stressing out over marital issues. But could it be that she’s trying to lose the weight to kind of keep up with the body of a possible 23 year old mistress?

Either way, her rapid loss of weight is almost too painful to look at now as her husband might not have enough to hold on to. You gotta eat sometimes, you now!Either that or she’s hittin’ up a much younger guy to show for what she can still bag at 49! There have been talks that the actress is seeing Ashton Kutcher’s younger actor friend Ben Hollingsworth. Although none of this could be confirmed or denied … such smoke can only come from a big boiling pot of juice! 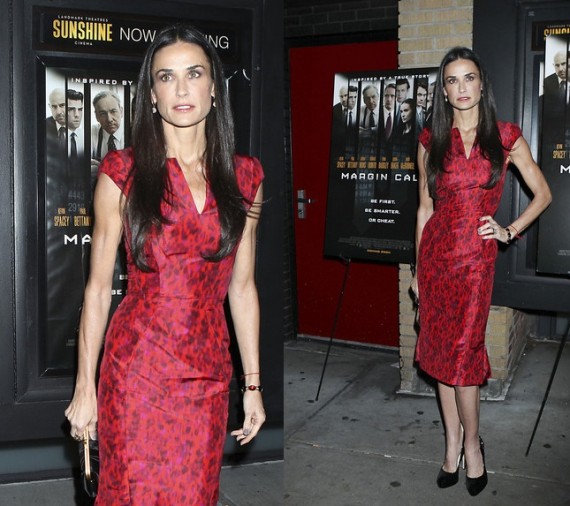