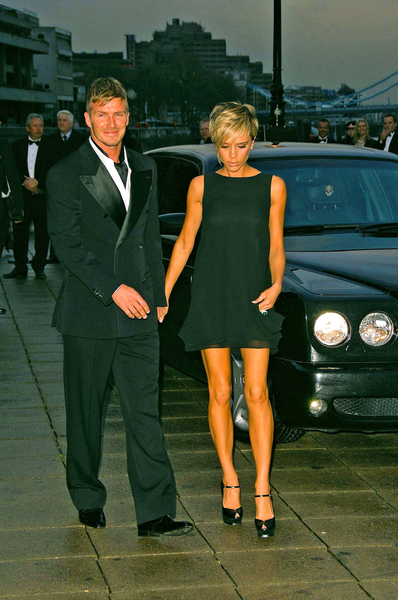 But while the newly blonde Victoria was going without, David was enjoying his meal AS WELL AS some rubbernecking stares at fellow dinner, model Kelly Killoren Bensimon.Â

According toÂ one witness,Â David just could not keep his eyes off the model, saying,Â “Beckham was straining his neck to check Kelly out the entire time. Everyone at her table was commenting on it.”

“Finally, Posh got up and left, and she barely ate anything.”

And of course, a rep for the Beckhams wasÂ a little to quickÂ to comment,Â “If David was checking anyone out, it was his wife.”

Yeah, right.Â  Checking Victoria out is like checking out a fire extinguisher, you look to make sure it’s there for emergency purposes, but other than that you never think twice about it.Â  Don’t you agree?