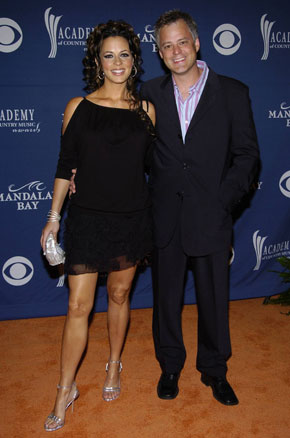 As reported on Friday, Dancing with the Stars contestant & country singer Sara Evans has filed for divorce from her husband of 13 years, Craig Schelske.Â  After making the announcement that she would be dropping out of Dancing for personal reasons, the country singer went on to state that she was divorcing her husband & needed to concentrate on her children and take time off the show.

Wow.Â  100 pictures of himself!?Â  The man has a lot of time on his hands, and maybe something else too.
Â
Evans is seeking child custody, possession of their TennesseeÂ home, as well asÂ child support.

She better get the money while she can, I’m thinking Schelske’s political career may just about be over.