.
You are here: Home / TV / Dancing With The Stars Is Courting Cheryl Cole 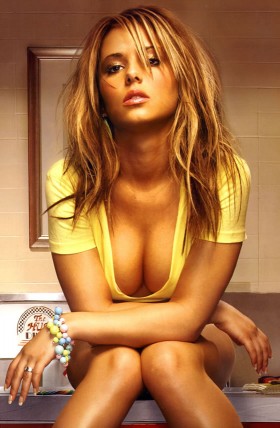 The British Singer Cheryl Cole could soon be gracing American audiences this fall on the hit TV show So You Think You Can Dance.

Cole has been recently linked to DWTS dancer Derek Hough and was approached by network bosses who want to pair her with Hough on the next installment of the show.

Hough is featured in the singers newest video Parachute and producers believe they can capture the couple’s chemistry to add a new layer to the show.

According to Cole’s reps, the show would give her the American exposure she’s been lacking:

“Her US team think it will be a great move for her and increase her profile stateside. Partnering her with Derek too would be a masterstroke and they want her to give it serious thought,” a TV tattle divulged in Wednesday’s Daily Mirror. “Derek danced with Cheryl on her recent tour and enjoyed a sultry ballroom dance in her ‘Parachute’ video so the chemistry is certainly right.”

What do you think about Cole appearing on the show?