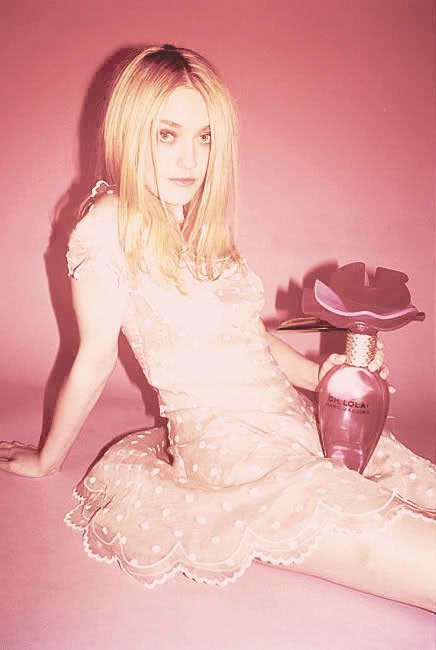 Dakota Fanning  seriously epitomizes the latest perfume launch from Marc Jacobs, he calls “Oh, Lola!” The 17 year old actress happily agreed to be the face of  the advertising campaign. Self confessing how she runs to the store to buy the latest fragrances of Marc Jacobs, Dakota expressed how humbled she was with the offer to be the face everyone would relate to Oh, Lola.

Unfortunately, not everyone seems to accept that this girl has indeed grown up. The said ads for Oh Lola! is too provocative for the Advertising Standards Authority in England and has banned  the Lola ads in all of Britannia.  According to ASA, it is too sexually suggestive and can be taken as putting too much  of the idea of sex in the face of a child. 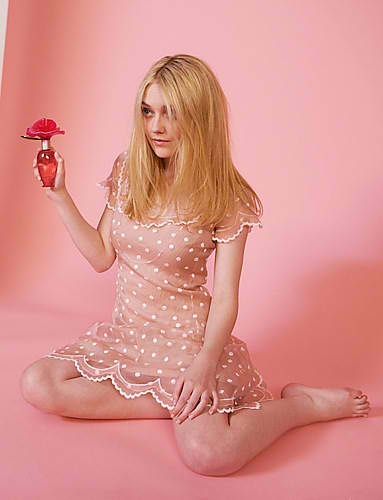 The photos show the almost adult child actress in a sheer flesh- colored dress with hints of lace holding bottles of the perfume and another shot with an oversized bottle resting on her lap.

Come on, now …  I’ve held  and worked mixing bowls filled with dense chocolate batter  in between my legs and that would never be taken as sexually suggestive if you ever saw that picture of me!  The ASA says, however much they knew  that Dakota is 17 years old, the length of her dress, the position of her legs and the bottle of perfume draws in  too much sexuality . They also say the actress looks much to be under the age of 16. Well , bless this girl for having that woman child look to her .. as it is, doesn’t Lola take from the name or term Lolita? And  I bet my frustrated Lolita pseudo self , that if these peeps running the show at the ASA ever saw Dakota’s movie, The Runaways … they would definitely need to get their minds out of that gutter. 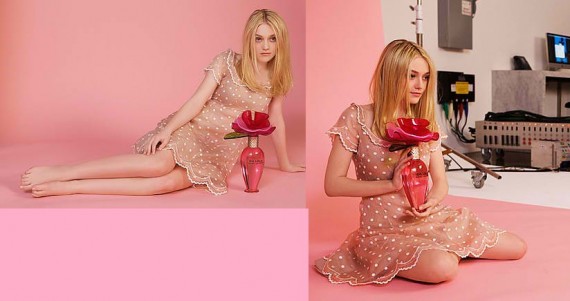