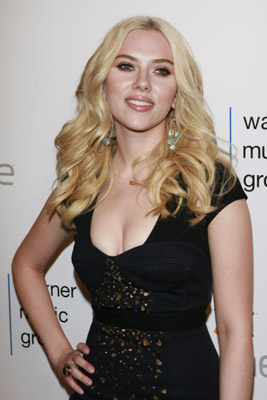 The 49th annual Grammy Awards were just as amazing as last year’s show.Â  With the Dixie Chicks stealing the show with five Grammy Awards, Sunday night was a no-miss occasion.

And Scarlett Johansson wouldn’t miss it for the world, it would seem.Â  Johansson has no ties to the music industry, besides thinking that she can sing & being involved with that Justin Timberlake “What Goes Around Comes Around” music video, but Scarlett light up the red carpet just the same in an astonishingly hot littleÂ black dress.

Johansson was spotted at the Cathedral attending Warner Music’s after party, where the star more than likely hooked up with new flame Timberlake.

Thanks to WireImage for the picture.