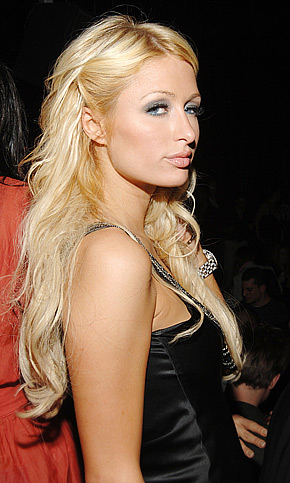 Well, a lot happened yesterday while I was being felt-up at the doctor’s office.Â  It looks like Paris Hilton’s charms have apparently worked on someone as the princess was released from jail early on Thursday & placed under house arrestÂ due to”Â psychological reasons.”Â  Yeah, how ’bout she was driving everyone crazy?!

After serving just three little nights in jail, privileged Paris was sent home because the staff could not administer her prescribed medication. What, they don’t know how to serve up Valtrex?

Reportedly Hilton was visited by her psychiatrist (who is probably making loads on this arrangement), Dr. Charles Sophy, three times.Â  Sophy was a witness for Paris at her court hearing who stated that the heiress was too distraught to be sent to jail.

Well, Paris wasn’t too sad to do jumping jacks & Pilates in her cell all day……