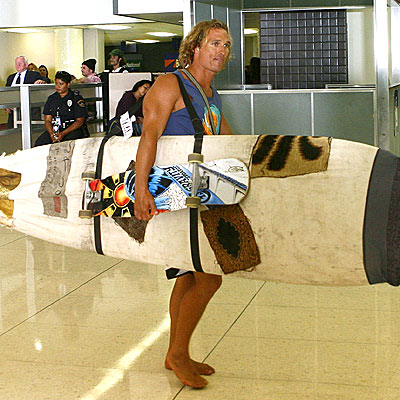 Rarely does the word dude appropriately fit anyone, but I think with actor Matthew McConaughey it’s a golden fit.

McConaughey was spotted barefoot at LAX Tuesday toting around a very large surfboard.Â  I was kinda hoping that Matt was just high & being ridiculous at the Los Angeles airport, but in actuality ole Matty was filming a scene for his upcoming comedy Surfer Dude.