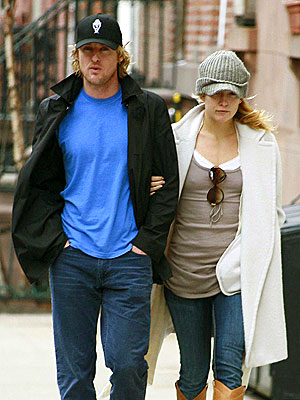 You know, Kate Hudson & Owen Wilson used to be one of Celebrific’s favorite couples, but these days I just don’t know about them.

Hudson & Wilson were spotted on a stroll thought New York’s Greenwich Village on Thursday, which just happened to be Kate’s 28th birthday.Â  Sometimes I forget about the large age difference between these two.

KaWen just don’t seem too into each other lately, maybe it’s just me though.

Anyone else feeling me on this one?