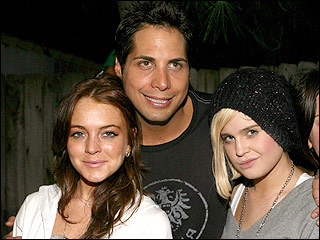 FrancisÂ has now been charged by another woman with one count ofÂ misdemeanor sexual battery which was filed in the Los Angeles City Attorney’s office.Â  Karma it a bitch, isn’t it, Joe?

A spokesman for the L.A. attorney’s office has recently revealed that an 18-year-old girl has come forward after she attended a birthday party where Francis allegedly touched the girl in her breasts, butt & inner thigh.Â

Joe is said to be arraigned May 22, if convicted of the crime, he could face a maximum of six months in jail.Â  Which doesn’t sound so bad, considering what else he has on that prison plate of his…