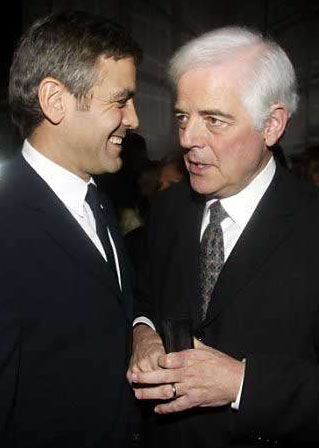 NickÂ Clooney was terrified when his son George Clooney dropped out of college and turned to an acting career.Â  The Kentucky native quit college and headed to Los Angeles to give acting a try.Â  His first major breakthrough was playing Rosanne Barr’s overbearing boss Booker Brooks on the long-running TV show Rosanne.

But George’s father Nick, newscaster & TV host, admits he feared his son wouldn’t succeed withoutÂ getting his college degree.Â  He went so far as to plead & beg with George toÂ go back to school and complete his four-year degree, to be a newsman like him.Â

He recalls, “I thought that was terrible. I wasn’t worried about things like drugs. He knew those dangers. I didn’t want him to be a failure.