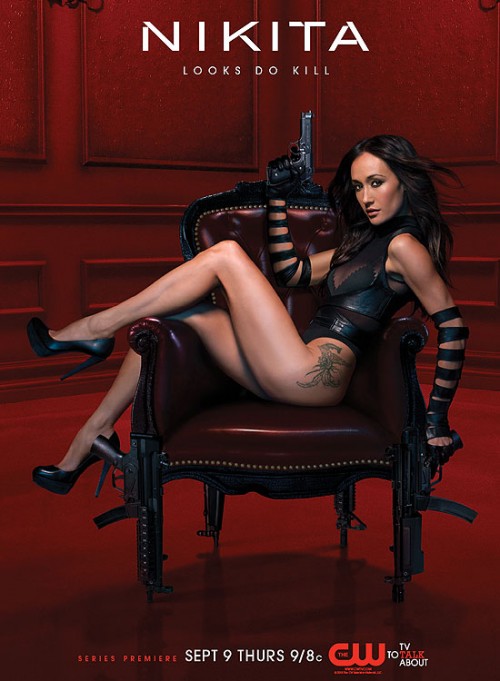 A new poster for the upcoming CW spinoff “Nikita” is causing issues among censors who believe the ad is “too racy” for public displays.

The poster (shown above) features the series star “Maggie Q” wearing a semi-revealing leather outfit and was banned by Los Angeles shopping mall The Grove and according to PopCrunch, various other locations in Chicago and New York.

“Of course, we’ve been down this road a few times with some of our campaigns,” while adding, “We know it’s always smart to come prepared [and] to have different options ready to offer our different constituents.”

A replacement poster was quickly created by The CW which showcases their star in a long red dress holding a machine gun, however that poster was banned in Culver City and various parts of Los Angeles where the billboard would have been located to close to churches and schools.

Nikita is a spinoff from the 1990 action series La Femme Nikita. The new show begins airing on September 9th on The CW.

What do you think? Is the poster shown above to racy? I don’t think it’s much worse than other TV and Movie posters I’ve seen in public places.