.
You are here: Home / TV / Criss Angel To Cameo On “Rules Of Engagement” 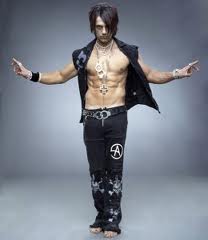