.
You are here: Home / Celebrities / Courteney Cox and David Arquette Spending Halloween Together With Coco 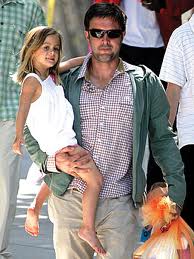 Courteney Cox-Arquette and David Arquette may be in splitsville, but that doesn’t mean they won’t be spending some time together for the good of their daughter.

Cox revealed at last nights Hollywood premier of The Legend of Hallowdega that he will be spending Halloween together with 6-year-old Daughter Coco and soon to be ex-wife Courteney Cox when they bring their daughter trick-or-treating.

Could this possibly be a Hollywood split that won’t be 100% drama filled?