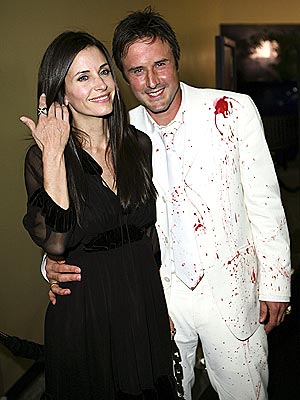 David is celebrating the premiere of his slasher flick The Tripper, which sounds rather like an Arquette-type movie to do.Â  In true-to-David form, the star showed up in a creative blood-splattered white suit, which was well-suited for the occasion.Â  I should be splattered with blood for that play on words, I know.