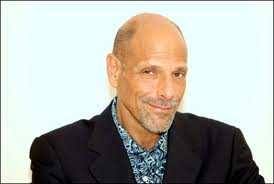 Robert Schimmel, best known for his time spent on the Howard Stern Show, was involved in a serious car accident in Arizona on Thursday reports TMZ.

Shimmel is listed in “very serious” condition after the car which was reportedly being driven by his 19-year-old-daughter swerved to avoid an accident in their lane, only to roll over and off the freeway.

His daughter was hospitalized but appears to be in better condition than her father, listed as “stable” while expected to make a full recovery.

Schimmel’s 11-year-old son was also in the car but he was released from the hospital the same day of the accident without suffering any injuries.

Our most heartfelt well wishes go out to Shimmel’s family in their time of need.