.
You are here: Home / Celebrities / Come Dancing With Betty White? 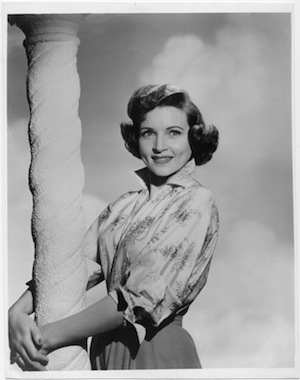 Hot on the heels of Betty White’s hosting appearance on Saturday Night Live, it appears that she’s in demand, and that Dancing With the Stars (DWtS) wants her to come dancing.

Am I overreacting or are they crazy? Ms Betty is 88 1/2 years old (her joke from SNL). Do the producers at DWtS know anything about bone loss as people age, or are they only seeing audience numbers and the resulting dollar signs from sponsorships? Some of the dance sequences are far too vigorous, and even the party-happy Ms Betty might not be able to handle the workouts or keep up with younger contestants.

Excuse the morbidity, but I’d like to see her alive for her role in the new Hot in Cleveland sitcom. Some things just aren’t meant to be, and for her sake, I hope that she won’t do Dancing With the Stars next season, except maybe as a special guest host? That could work, and she could do one dance.

Image: Shut Up Its On.