.
You are here: Home / Breakups & Goodbyes / Clay Aiken Breaks Up With His Broadway Actor Boyfriend 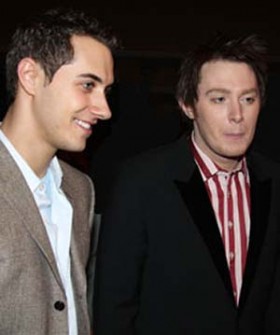 There goes another celebrity relationship! Clay Aiken and his boyfriend of two years Reed Kelly have called it quits. Kelly announced the split on Myspace. Wait someone still uses MySpace?

Kelly, a Broadway actor changed his status to “single” and said he was listening to the Christina Aguilera break-up song “You Lost Me.”

This isn’t the biggest news in the celebrity break-up world, but it is nice to know that sometimes even the Hollywood/Broadway types are able to break up like half of the rest of the world, through a modern day relationship status change to their social networking account.

What do you think about the breakup? Does anyone even still listen to Clay Aiken? I’d rather watch a Broadway Show.