Christian Bale has made his way to Colorado to visit the victims of last week’s “Dark Knight Rises” theater shooting. The actor is there to personally offer his condolences as an individual, not representing the studio Warner Brothers.

Christian Bale and his wife Sibi Blazic also visited the memorial site in honor of the 12 people who died Friday at the Century 16 Theaters. The actor also took part in a prayer circle. 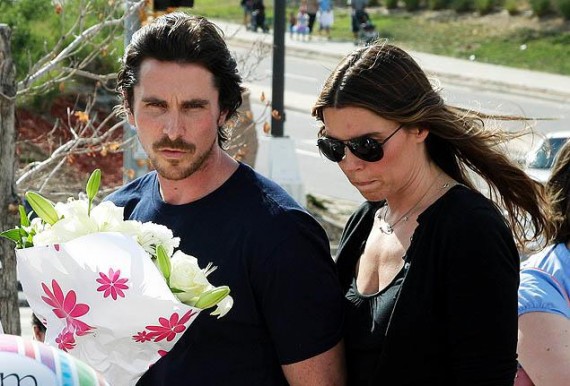 Bale released a statement last Saturday about the Aurora shootings which has deeply affected him. “Words cannot express the horror that I feel. I cannot begin to truly understand the pain and grief of the victims and their loved ones, but my heart goes out to them.”