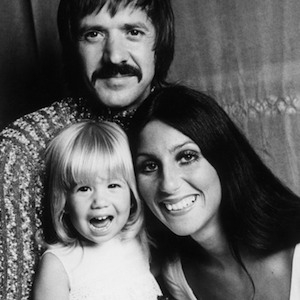 Cher’s daughter Chastity, with the late Sonny Bono, has legally and officially changed not only her name but also her gender. Documents filed show that Chastity underwent irreversible gender reassignment surgery in late Sept 2009, a process that was begun earlier in the year, shortly after her 40th birthday. Today, in a Santa Monica court, a judge also granted her name change to Chaz Bono.

So the once-blonde, cute little girl is now a dark-haired, large man, and it makes me wonder what Cher is feeling. Does she know, does she even care? Then again, given how many surgeries Cher has gone through, it seems like there are two people in the family with image issues. Well at least Chaz isn’t feeding off the blood of nubile young men like her his mother, to keep himself young-looking and ribless. Good luck with your activism and transformation, Chaz. It can’t have been a difficult decision, and it isn’t necessarily any easier after the fact.