.
You are here: Home / TV / Chelsea Handler Book To Be Turned Into A Sitcom 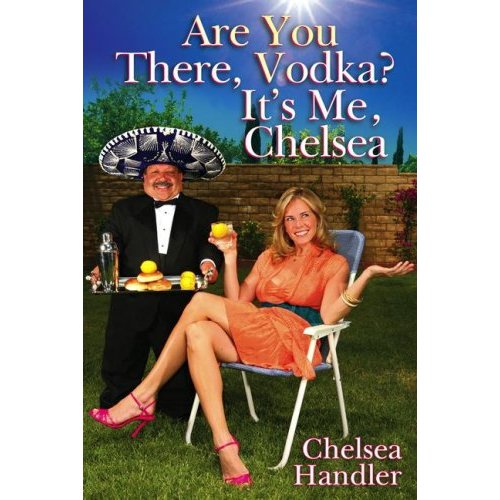 Chelsea Handler’s book Are You There Vodka? It’s Me, Chelsea is being turned into a weekly sitcom to be aired on NBC. The semi-autobiographical book will deal with the struggles of a twentysomething female.

“The compilations of humorous essays about Handler’s everyday life, family, friends and romantic/sexual relationships will also be used as source material for stories in the TV project.”

The project is still listed as in “pre-production” and no stars have been attached to the series. If the series is anything like Handler’s normal humor, one thing that’s safe to say is that it will probably air in the latest primetime television spot available.

Have you read the book? If you have let us know what you think about turning it into a sitcom.