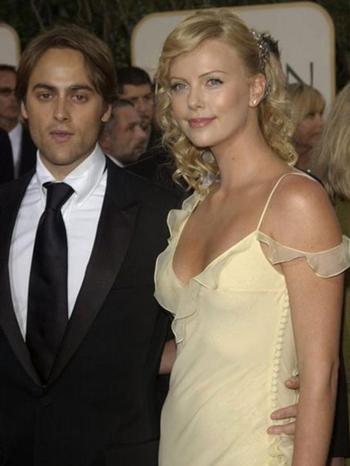 The monster of a beauty Charlize Theron & Irish actor Stuart Townsend have reportedly split, broken up, gone their separate ways, called it quits, thrown in the relationship towel as it were.Â

The famous couple have broken their long-term relationship after work commitments forced them apart.Â  Theron & TownsendÂ have been a steady couple for over five years.Â  The glamorous Hollywood actress has been spotted recently at such bashes as the BAFTA’s & the Oscars without Townsend at her side.

A friend of the actress told British newspaper The Sun, “Charlize is free and single again.Â  Her relationship with Stuart is well and truly over.Â  They just grew apart.Â  It wasn’t always easy because filming often kept them apart for months.”

Theron stated recently stated she had no intention of marrying her now former beau insisting, “It’s not really what I want, or what he wants.”

Which really translates to, “It’s really what I want, but the bastard won’t formally commit.”