.
You are here: Home / Celeb news / Celebs and Their Cars: Who’s Driving What

What do you do when you have more money than you can possibly spend? Many celebrities decide to throw down a wad of cash and buy a high-end luxury car. While their cars may be fast, even the richest celebs aren’t able to evade the nosy paparazzi. If you want to know what your favorite athlete, musician, or movie star drives, just ask. Odds are pretty good somebody knows. 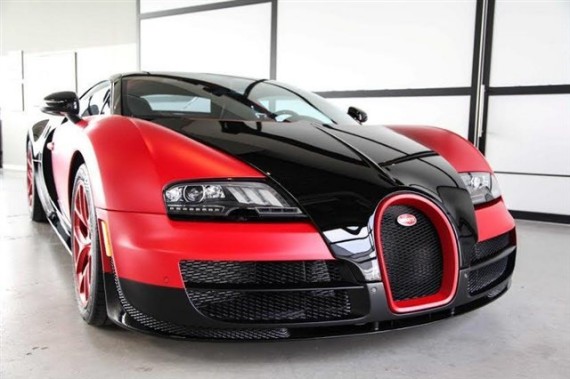 Even celebrities can become envious over things they believe they’re missing out on. Here are the top cars celebs want to be seen in:

Bugatti Veyron. Leave it to music mogul Simon Cowell to drop seven figures on a car that can reach speeds over 253 miles per hour. Even the most successful athletes and movie stars are envious of this sleek sports car.

Maybach 57. When Daimler manufactured the Maybach 57, it planned on producing a large number of them for high-end clients. However, sales were never what they expected and production was eventually halted in 2013. However, that didn’t stop Samuel L. Jackson and other celebs from adding one to their garage. With so few in circulation, it’s possible the Maybach 57 could become a classic collector automobile in the future.

Rolls-Royce Phantom. Looking for the number one most enviable car in the world? It has to be the Rolls-Royce Phantom. Why else would 50 Cent, Missy Elliot, Shaquille O’Neal, Jay-Z, David Beckham, and a handful of other famous names choose to drive it? Unlike the Bugatti Veyron, which is built for speed, this automobile is designed for luxury. From a heated wood and leather steering wheel to the 26-speaker surround sound system, it’s a car enthusiast’s dream.

While they may want to be driving a Bugatti Veyron, Maybach 57, or Rolls-Royce Phantom, other celebs are doing just fine with their cars. Here’s a taste of what some of the world’s most recognizable stars are keeping in their garages:

Kobe Bryant. As someone who grew up in Italy, it’s no surprise that Kobe Bryant owns a 458 Italia by Ferrari. With an initial price tag of $233,575 and annual insurance premiums that tally more than $5,500, it’s safe to say this famous NBA star is doing alright.

Kim Kardashian. Reality TV’s queen Kim Kardashian has Ferrari fever, too. Her F430 model cost her a modest $186,925 – with monthly payments estimated to be around $3,812. That means she’s paying annual premiums that hover near many people’s yearly salary.

Conan O’Brien and Leo DiCaprio. However, money doesn’t always mean you drive an expensive car. Some celebs buy ordinary cars just like the rest of us. Late night host Conan O’Brien still owns his 1992 For Taurus that cost him around $2,300. Leo DiCaprio, despite being one of today’s biggest stars, owns a Toyota Prius that costs around $24,000.

So, next time you’re driving down the highway, keep an eye out. You never know who’s driving next to you. However, if it’s a Ferrari, Bugatti, Maybach, or Rolls-Royce, you probably have a good idea that somebody special is behind the wheel.