.
You are here: Home / Celeb news / Why Bruce Jenner Got Involved in a Wrongful Death Lawsuit

Accidents happen when one is unprepared. They can take place anywhere whether one is moving about, driving a vehicle or simply riding a vehicle.

Road accidents in particular claim the lives of millions of people worldwide each year. The Association for Safe International Road Travel (ASIRT) noted that globally, nearly 1.3 million die in road crashes yearly and an additional 20 to 50 million get injured or disabled.

In the U.S., the number of people who get killed in road crashes each year is at more than 37,000. The number of injured or those who get disabled is at 2.35 million. 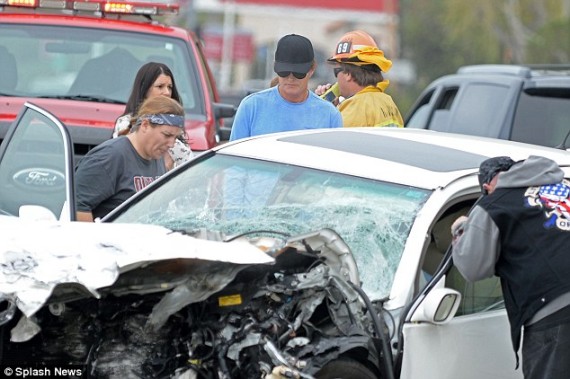 Road accidents in the U.S. can happen to people from all walks of life including celebrities. A recent car crash in the Los Angeles area that hogged the limelight involved former Olympics champion Bruce Jenner. The incident occurred just after Jenner came out in public admitting his real sexual preference to Diane Sawyer in the 20/20 interview.

The 65-year-old Jenner is now facing a wrongful death lawsuit after he got involved in a Malibu car crash. The lawsuit pointed out that the celebrity was negligent and reckless.

The road accident occurred last February 7th on the Pacific Coast Highway in Malibu when Jenner’s vehicle hit the Lexus of Howe causing it to roll over and eventually collide head on with a Hummer. Kim Howe, 69 years old, died on impact inside her Lexus vehicle.

Reports have it that Jenner’s Cadillac Escalade caused Howe’s Lexus to careen into oncoming traffic and hit the Hummer. At that particular time, Howe was driving behind a Toyota Prius that suddenly stopped. As a result, Jenner who was then towing a trailer with his Cadillac Escalade and was avoiding cars slowing in front of him when his car rear-ended a Prius which then hit Howe’s Lexus. The entire accident was captured by cameras on a nearby MTA bus while another video was taken from a gas station.

Howe’s stepchildren, William Howe and Dana Redmond, filed the lawsuit claiming that Jenner was responsible for Howe’s death causing them and their relatives great losses. No amount has been specified, though, for the claim. The lawsuit filed in the Los Angeles County Superior Court also noted that the former athlete clearly violated the rules of the road particularly the speed limit.

So far, the former Olympic gold medalist has not been charged and his publicist has declined to comment.

Following the car crash, Jenner expressed his sympathies to the Howe family. Lawyers are predicting that Jenner will be required to pay a legal fine and won’t likely serve a jail term.