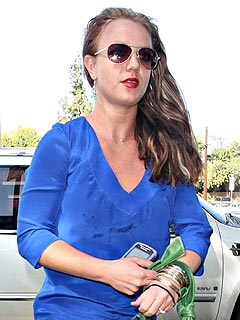 Britney’s been required to pay almost $400,000 in legal fees — and that’s just for 3 months of service! In fact, Samuel Ingham, Spears’s court-appointed attorney, gets $10,000 a week,
Andrew Wallet, the co-conservator of Spears’s finances, will receive an advance of $100,000. (Wallet had not been paid since becoming involved last February.).

The firm which won Jamie Spears control of his daughter’s affairs will also be advanced $175,000, and a lawyer representing Britney’s brother Bryan Spears will get $22,500, while Stacy Phillips, Britney’s new divorce lawyer, will receive $75,000.

The singer’s father and Wallet remain in control of her life until a July 31 hearing.