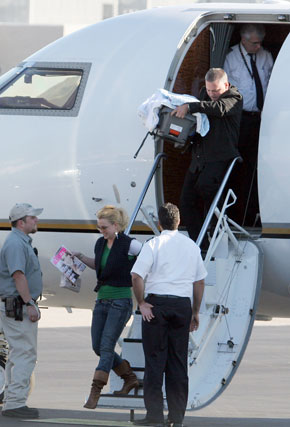 According to Spears’ manager, Larry Rudolph, Brit is back & is already starting to work again on that new album of hers.Â

“She’s back and working,” RudolphÂ stated.

We send out love to the Spears’ family during this time, especially with a new Britney album on the way.

Thanks to Us Weekly for the image.