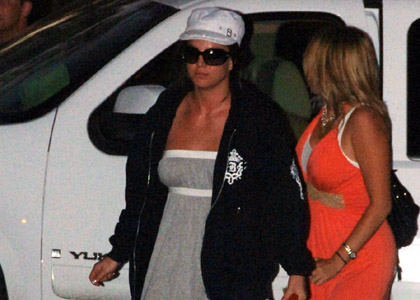 The word on the street on Spears’ sanity, is that it’s safely back in place & that Britney made an amazing turnaround since entering the facility February 22.Â  It looks like her & estranged husband Kevin Federline are even on good footing, the two have decided to share custody of their twon sonds as they finalize their divorce.

But as far as K-Fed is concerned, things are not looking so hot these days.Â  Page Six is reporting that the “rapper” had to cancel his big birthday bash at Hollywood’s Eleven club Tuesday night because party sponsors ended up bailing on the bash.Â  Ouch!Â  That one’s gotta sting a bit, eh?

Well, maybe things are getting back to normal.Â  Britney seems to be aiming for sanity & Kevin Federline is back to being on the bottom end of things.Â  It’s good to be back.