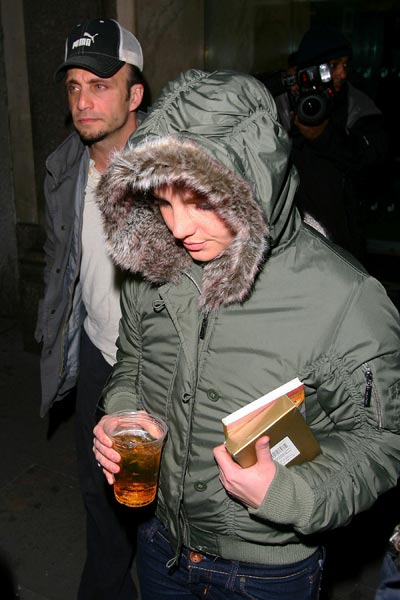 Brit’s ex-manager Larry Rudolph must feel the same way & has basically gone into hiding, hoping to avoid being served with papers to appear as a witness for the couple’s custody hearings.Â

Doing his best to dodge a subpoena, Rudolph has released the following statement:

“Despite the things that Britney has publicly said about our relationship in the past, I truly understand where she’s coming from and why she’s said the things she said about me post-rehab and I don’t take it personally. As her former manager, I know and understand Britney better than anyone, I know what makes her tick and I understand everything she’s going through.

“With that being said, my loyalty will always stay strong with Britney. I have consulted with my lawyers and I do understand that eventually the time will come when they will find me, but until then, I’m trying to avoid being brought into this mess. She’s going through so much right now and I wish Britney the best.”

Well, it looks like Larry is sticking with Team Britney & for that I think I’m rather proud of the man, or fool, though the case may soon show….