.
You are here: Home / Music Happenings / Bret Michaels To Perform On America’s Got Talent 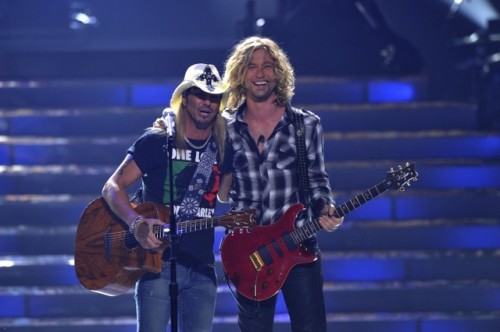 Michael’s will perform his 80’s hit Every Rose Has Its Thorn during the Wednesday live results show, the same song he recently performed for millions of viewers on the hit singing competition American Idol.

Michaels can also be seen hosting the 2010 Miss Universe pageant, while he’ll also host a new VH1 show called Bret Michaels: Life as I Know it.