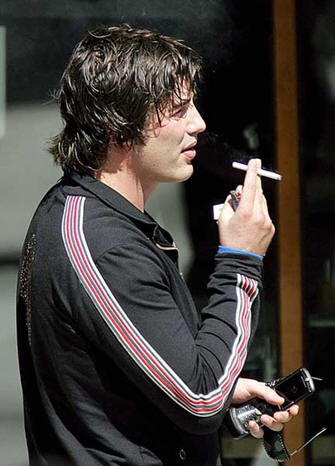 According to Page Six who obtained a copy of the bounced check, the check to Francis was refused for “insufficient funds.”Â  I think I’ve heard those words before myself.

Right beforeÂ Davis told Page Six, “F–k you,”Â & hung up, he stated thatÂ his check bounced because heÂ wasÂ was in the process of switchingÂ banks.Â  He also said that he paid Francis back in cash, which the Girls Gone Wild creator denies.Â Â

Davis’ spokesman stated, “There is no truth to these rumors.”

Ummm, right.Â  I think there’s about as much truth in that as there was in Brandon’s explanation of why his check bounced.Â  What do you think?