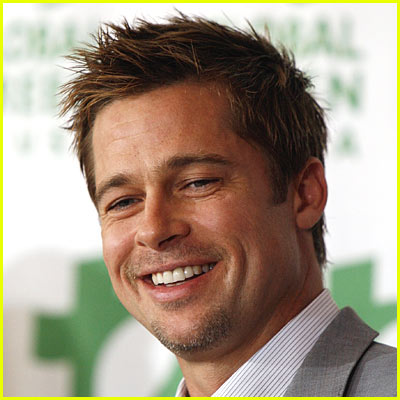 Reps for the Pittster stated, “Yes, we have filed trespassing charges against E! and are exploring our legal options against both the crew that actually trespassed and the network itself.”

The incident is still under investigation according to a Los Angeles police spokesperson, meanwhile E! says they are living clean.Â  The cable network does not admit to any wrongdoing, simply stating, “E! Networks is investigating allegations that a producer and cameraman who were filming locations for a program about Brad Pitt went onto property last week that is reportedly owned by Mr. Pitt.”

“E! Networks did not instruct or authorize anyone working on its program to improperly intrude onto private property, and the individuals involved have been terminated. While neither Mr. Pitt nor his family were at the property when the incident took place, the network in no way condones or encourages such behavior and would like to offer its most sincere apologies to Mr. Pitt and his family.”

I think they forgot part of their statement, “E! Networks also did not intentionally take nude pictures of Angelina & Brad as they were showing the washing machine how to really shake it and E! Networks in no way intends to use these hot pictures to the benefit of E! Networks.”