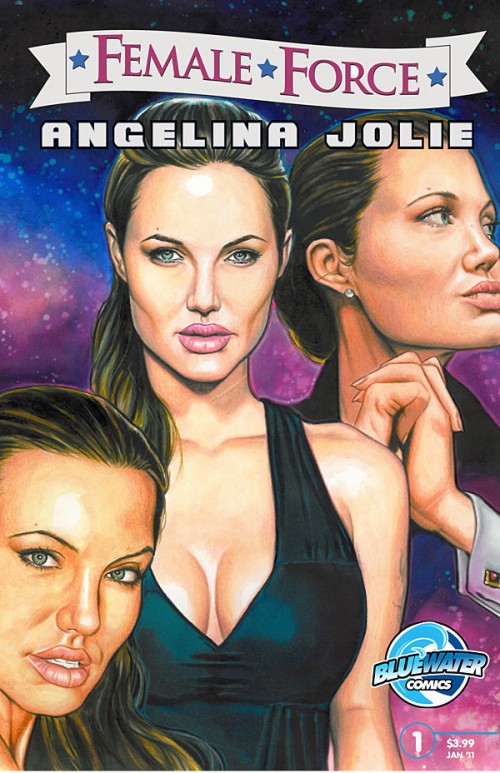 Angelina Jolie has joined the world of Spider-Man, X-Men and Batman, receiving her very own comic book entry.

The book is put out by BlueWater Productions, a company known for their various biopic comics. According to BlueWater they chose to show off Jolie in comic form because she’s a “movie star, defender of human rights, tireless mother and tabloid fodder.”

The biography is part of the company’s Female Force biography series. While I like the work BlueWater does, they tend to make the people showcased in their series seem a little more flawless than the truth, so I wouldn’t expect the kiss with her brother, much of her relationship with Billy Bob Thornton and various other missteps to be shown off. Then again the only person close to as hot as Jolie is comic book Angelina Jolie so it might be worth having on the shelf.

Will you be picking up Female Force: Angelina Jolie?