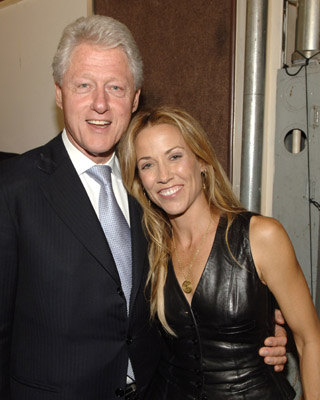 The former president accepted the Humanitarian of the Year Award, which should have been in the shape of a fat Cuban cigar if you ask me.Â  Guests for the illustrious eventÂ included Mary J. Blige, Steve Van Zandt & John Legend, however Hillary Rodham was no where to be seen.Â  Maybe she had a my-husband-is-a-selfish-asshole meeting to attend.