.
You are here: Home / Celebrities / Best and Worst Dressed At 2013 Oscar Awards

The awards that Oscars brings is not the only thing people are waiting for. People are also waiting for the red carpet dresses and suits that their favorite actors and actresses will wear. The red carpet at the Oscars brings the fabulous, the good, the beautiful, and let’s not forget those unfortunately terrible. Here’s our own list of the best and worst dressed actors and actresses at this year’s Oscar Awards.

Our Male Star of the Night

There is something weird going on with Ben Affleck’s bow-tie, which needs straightening. But aside from that, he scrubbed up really well this year. His outfit here earned him a spot at out list – and made him the only male that captures our eyes at the Oscars. 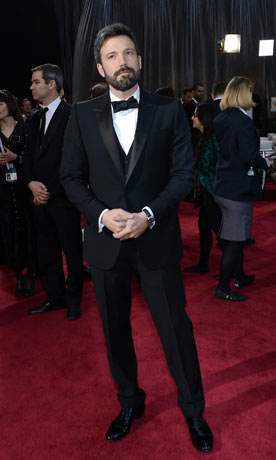 This was Jennifer Lawrence’s night. She won the Oscar, and she won the red carpet too, in Christian Dior. Even after her fall walking up the stairs to accept her award, no one could take their eyes off the 22-year-old actress. Her dress is in perfect Harmony saying nothing can ruin this night. Not even a fall.

Naomi Watts showed off her amazing figure and style in her gun metal Giorgio Armani Prive ensemble. Not only was the corset of the dress very fashion forward, but the fit was simply stunning on “The Impossible” starlet. And oh, did we mentioned we really love her performance in the Impossible? It’s just Superb. 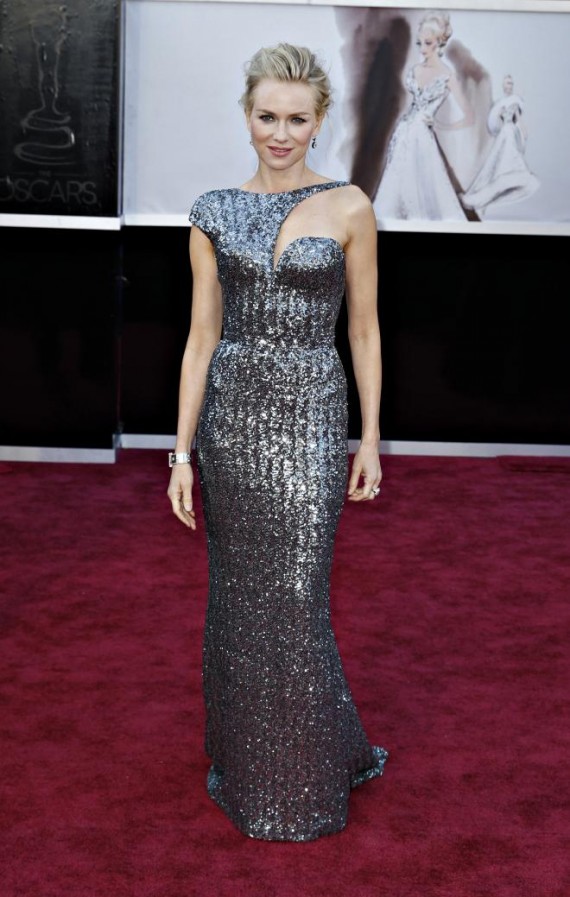 Saving the best for last, the best dressed of the night goes to Jessica Chastain, who showed up extra early to the Oscars red carpet in a Giorgio Armani dress. The sequins in her rose-toned gown complemented her beautiful ginger locks, done up like Veronica Lake, and oozed classic Hollywood glamour thanks to a bright red lip. Despite not winning the Oscar for Best Actress for “Zero Dark Thirty,” Chastain certainly scored the gold on the red carpet. 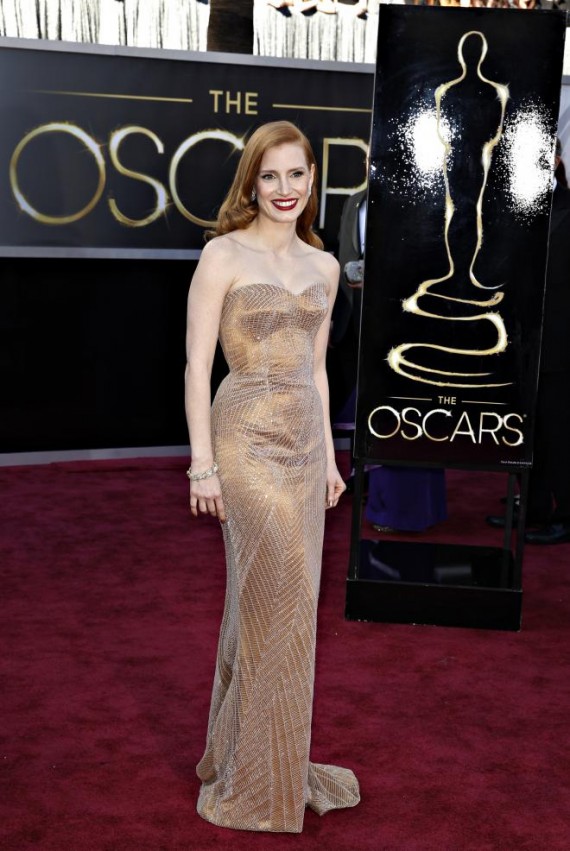 Kristin Stewart arrived at the Oscar at a Reem Acra dress, and it’s feminine and refined and looks really good to her, but she’s on crutches, and her hair looks insane, and you get the feeling there was either a tantrum earlier or there will be one soon. Can somebody please give her a hair brush? But oh well She’s K-Stew, that’s how she rolls. 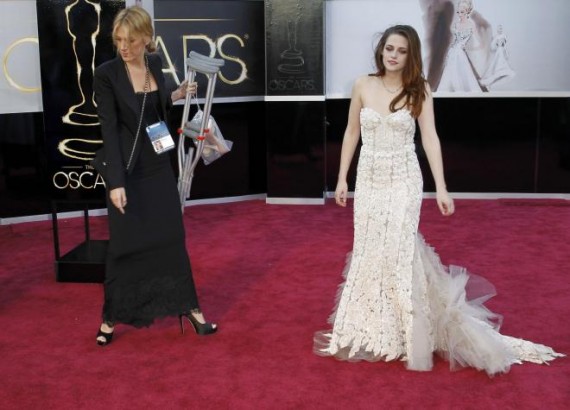 We’re not sure what Brandi Glanville was doing at the Academy Awards, does she even has a movie? but she definitely garnered plenty of attention with her cleavage-baring gown. It is to much exposure for a very reputable awards night though. 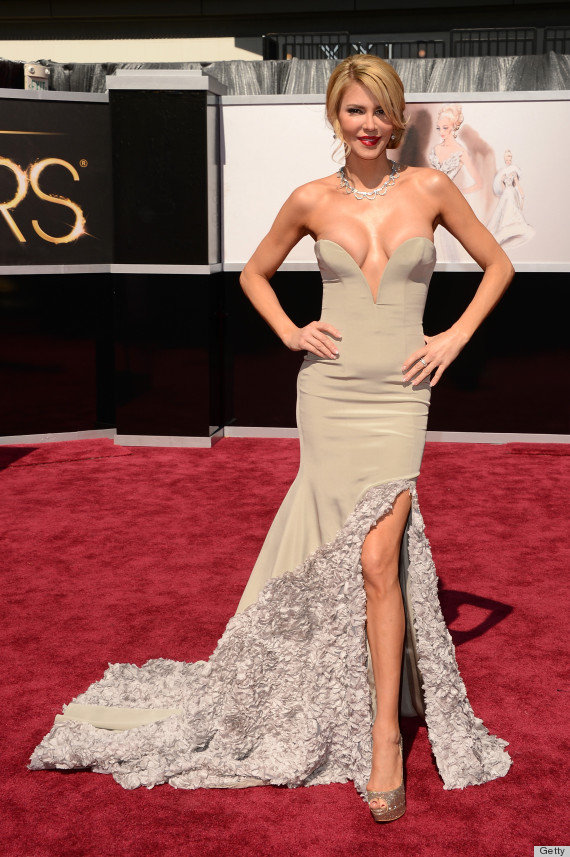 And the absolute worst of the night goes to one of the biggest winners in Oscars (it only shows you cant have it all) Anne Hathaway, who took home the Oscar for Best Supporting Actress for her role as Fantine in “Les Miserables.” Her dress, not only didn’t fit (it looks like there isnt much tailoring done at it at all), but resulted in a wardrobe malfunction for the actress. The darts of the pale pink gown by Prada were very prominent, leading many to believe Hathaway’s nipples were poking through the dress. 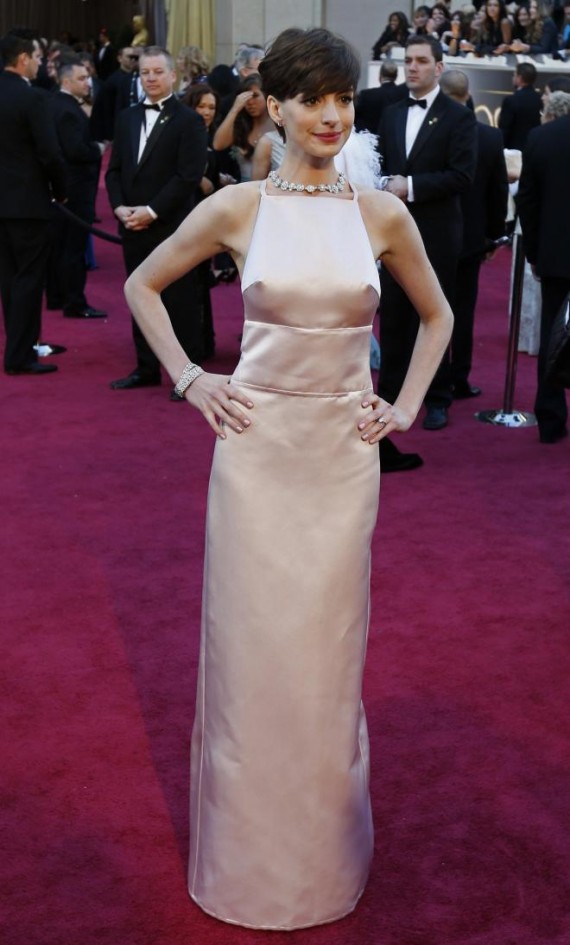