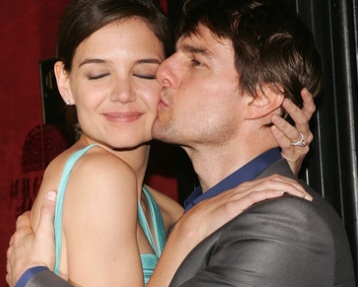 Tom Cruise and Katie, I mean Kate,Â Holmes’ baby daughter Suri made her first public debut.Â  And it looks like people have lived to tell the tale about the tail.

Reportedly Suri, along with her parents TomKat, attended a party thrown by Hollywood pals Will Smith & Jada Pinkett Smith.

The four-month-old was the centerÂ of attention & a partygoerÂ has stated that, “Suri is a beautiful baby with no deformities that I could see.”

Since there have been no photographs released of the Suri child since her birth April 18, we’ve all been speculating on the bifurcated tail & horns theory.

I guess we’ll all have to wait for that Vanity Fair layout.Â  But then PhotoShop can do wonders for tails & horns….