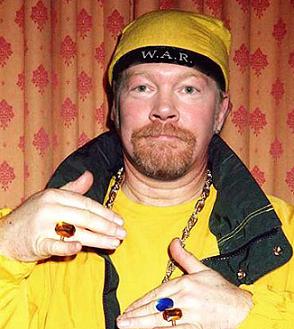 According to Rose’s law firm Miller Barondess LLP, the complaint alleges that Activision:

“fraudulently induced” Rose into allowing the company to use the song. In legal documents.”

RadarOnline.com obtained the lawsuit which stated Rose is suing Activision for $20 million for fraud, breach of contract and unjust enrichment.

According to the lawsuit:

“Activision breached the contract when it released GH III which prominently features Slash imagery in direct connection with the use of ‘Welcome to the Jungle,’ exploits the prior association between [former band member] Slash and Guns N’ Roses, promotes Slash’s and VR’s [the band Velvet Revolver] separate interests and includes VR tracks as available downloads, all of which was and is direct contrary to the contractual obligations of Defendants.”

Guns ‘N Roses will never kiss and make up, especially with Rose going after Slash in video game form now.