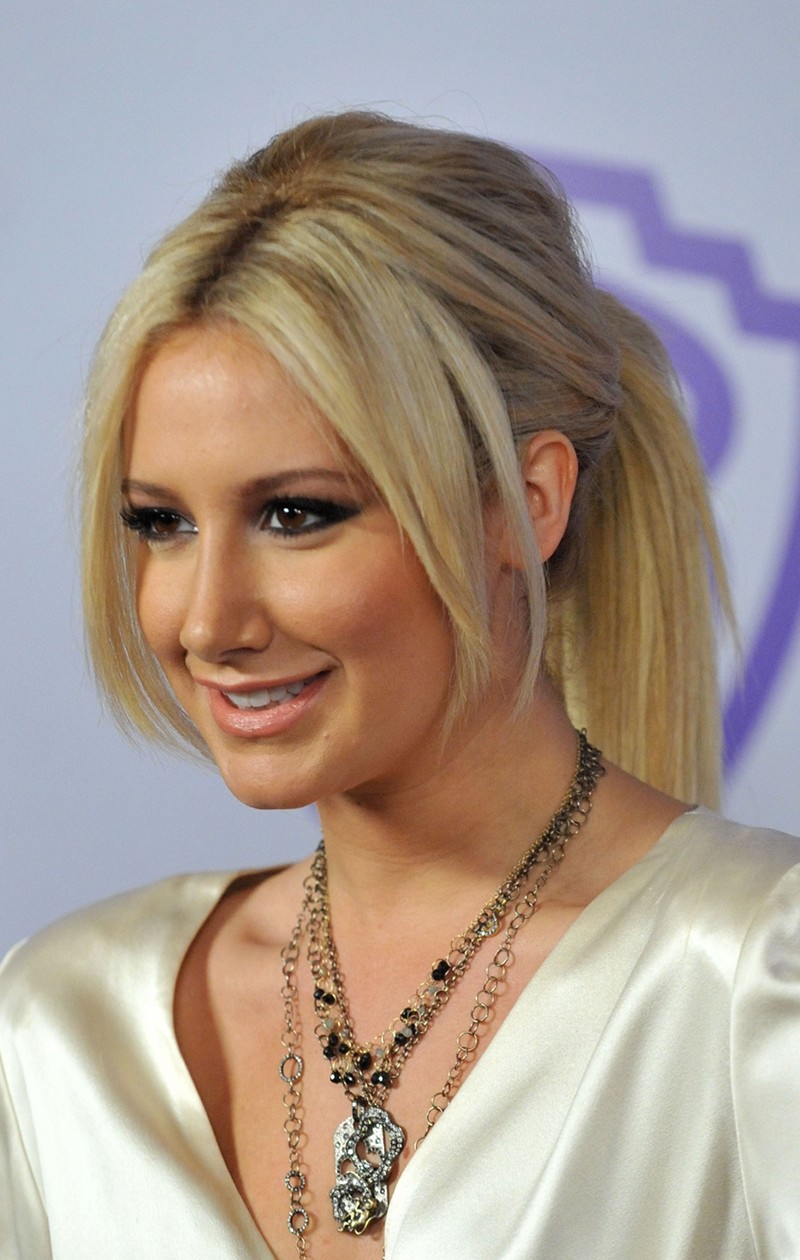 It’s no secret that Ashley Tisdale got a nose job a little while back and before it I would say she was a cute girl. Rarely do nose jobs work out well for people, but seeing this side angle of Ashley makes me think she made the right decision. Sure she is going against the thing God created, but isn’t that how it works? We are all gods in our heads and therefore we like to think we can make our own decisions about the bodies that we believe our own.

Do I think we might not own our bodies? Of course I might think that because if we did wouldn’t we choose to keep them forever and never die? I think most of us would except for the married people of the world. These people look like they want to commit suicide and still don’t because deep down they know they don’t own their bodies. Maybe it happens once you put the ring on the finger, I wouldn’t know because I haven’t done it yet and probably never will.

That is simply how I roll. If you don’t roll like me then you wouldn’t understand the bond that Ashley and I have. The bond is unbreakable, not like her nose. That wasn’t an insult. If you knew anything about medical health you would know that you have to break the nose to get it redone.

I’m smart enough to be a doctor, but choose not to be one. I don’t play god.