.
You are here: Home / Glossy Covers / As Usual, Lindsay Lohan Hearts Talking About Herself 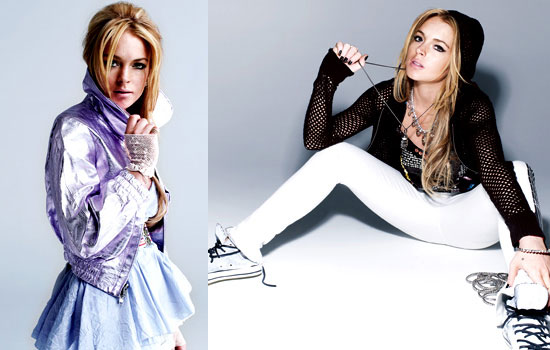 Earlier we showed you the upcoming May issue of Nylon magazine in which Lindsay Lohan graces the cover.

Now on to the good stuff, the part where LLÂ just can’t stop talking about little oleÂ her.Â

Here’s why Lindsay still goes out & proof that she’s a little crazy ’cause she’s afraid to be by herself:

â€œThis is why itâ€™s such a big deal, and why I get so worried… Iâ€™m at the point where…oh my God…Iâ€™m going to go out! I work hard enough and I know how to take care of myself. I donâ€™t know whatâ€™s going to happen tomorrow. I will say, though, that itâ€™s so much harder to stay sober in New York. Though itâ€™s hard in L.A. not to go out, it gets lonely. Being an actress is lonely, and I never want to be alone. I hate sleeping alone.â€

“I just think that the people [at Wonderland] weren’t used to me. They’ve had other celebrities there, just never as hardcore as me….The people there didn’t get why when we would go to meetings, instead of being in the back of the car I would be like ‘I think I should drive, because they are going to chase you and it’s going to be scary and we might get in an accident and we don’t need that.'”

On the infamous pap:

“I get embarrassed about the paparazzi if I’m in a chic restaurant, or when I was in the AA meetings. I felt very disrespectful because those people are doing that for themselves and it’s no one elses’ business. But that was the only time it was embarrassing–other times, I obviously like it I wouldn’t ever want them to not take my picture. I’d be worried. I’d be like, ‘Do people not care about me?'”
These are just a few of the many wonderful quotes from LL in Nylon this month. They must be psyched they scored such a great post-rehab interview.

And there you have it, the inner workings of one Lindsay Lohan.Â  A little scarey in there, isn’t it?