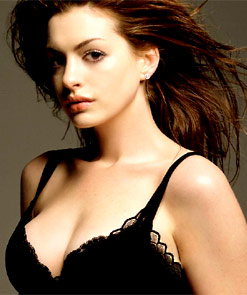 Anne Hathaway is one of those young stars who have managed to evade the teen star curse (hear that Britney and Lindsay?) and have kept a fairly respectable reputation.

The lovely Hathaway is finally reaping the harvest for being a good girl by becoming the new Lancome lady. The cosmetics company announced that Anne (who evokes the same level of class as the late, great Audrey Hepburn) will be the “brand ambassador” for the company’s new fragrance, which will be unveiled September 2008.

If the fragrance smells as good as Anne is beautiful then Lancome has a hit on its hands.