.
You are here: Home / Engagements & Weddings / Anna Paquin And Stephen Moyer Get Married 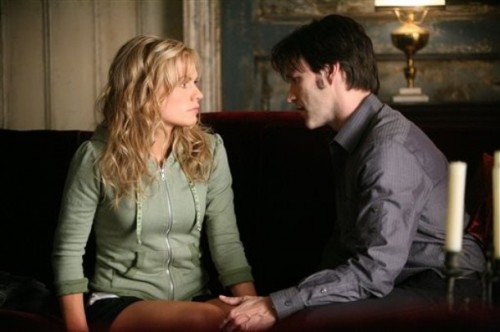 Anna Paquin and Stephen Moyer are no longer just sharing the True Blood TV series, they’ll also be sharing a home and all their worldly possessions as the couple married this weekend.

The happy couple announced their plans to marry earlier this year and were married on Saturday in Malibu. The couple exchanged their vows across from the beach at a private residence.

Among those in attendance according to US Weekly were co-star Carrie Preston and her husband Michael Emerson and Elijah Wood.

The couple have been dating since they filmed the shows pilot in 2007, Stephen has two children from a previous marriage.