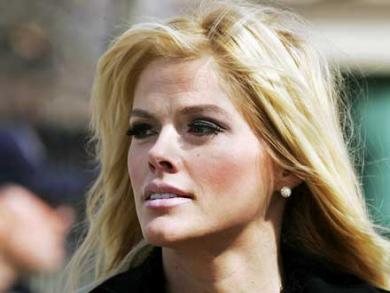 Anna Nicole Smith was so devastated by her son’s unexpected & sudden death that the Playboy playmate had to be sedated.

20-year-old Daniel Wayne Scott was visiting hisÂ mom in the Bahamas after she had given birth to a baby daughter lastÂ Thursday.Â  Mystery still shrouds the sudden death of Daniel Wayne as he unexpectedly died in his bed Sunday.Â

Apparently Anna Nicole Smith, who had three days prior given birth, was so shocked by the tragedy that she was administered sedatives.Â  Very tragically, Anna suffered temporary memory loss and had to be informed again of Daniel’s death hours later by her lawyer.

Attorney Michael Scott says, “The devastation and grief over Daniel’s sudden death coupled with the sedation has been so extreme that Anna Nicole experienced memory loss of the event.

“Anna Nicole was so distraught at the loss of Daniel that she refused to leave his side and it was necessary to sedate her in order to check her out of the hospital.”

Scott also revealed that another attorney for Anna Nicole, Howard K. Stern, was in the hospital room with Anna when her son died in front of them.

Scott adds, “It was necessary for Howard to tell Anna again that Daniel had passed away.”