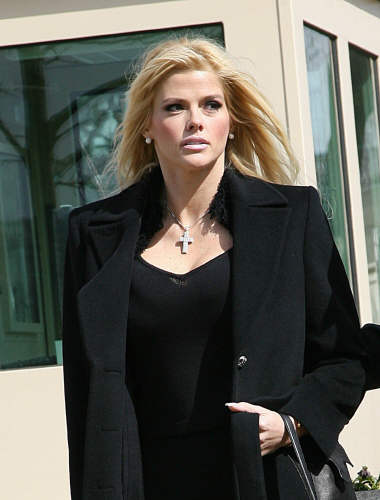 PlayboyÂ playmate Anna Nicole Smith was found dead ThursdayÂ after collapsingÂ in her hotel.Â Â The 39-year-old blonde centerfoldÂ collapsed at the Seminole Hard Rock HotelÂ & Casino andÂ she was laterÂ rushed to a hospital.

The chief investigator for Broward County Medical Examiner’s Office said the cause of death was still under investigation & than at autopsy would be done Friday.

It’s a tragic death for Anna Nicole’s family, after her 20-year-old son Daniel suddenly died last yearÂ in the Bahamas just days after she gave birth to her daughter Dannielynn.Â  Seminole Police Chief Charlie Tiger revealed that a private nurse had called 911 after they found Smith collapsed in her sixth floor hotel room.Â  Smith’s bodyguard apparently performed CPR, but Anna was declared dead at the hospital.

Rumors suspect the recent 69 pounds that Anna Nicole lost when she became a spokesperson for TrimSpa weight loss supplement.Â  Smith former attorney Lenard Leeds said that SmithÂ “always had problems with her weight going up and down, and there’s no question she used alcohol.”Â Leeds went on to say that it was no secret thatÂ “she had a very troubled life” as well as “so many, many problems.”

“She wanted to be like Marilyn her whole life and ironically died in a similar manner,” Leeds added.

Anna Nicole’s present lawyer Ron Rale told The Associated Press that he had spoken with Smith earlier this week where she complained of flu-like symptoms as well as a fever and was still grieving over her son.

“She’s been the underdog. She’s been besieged … and she’s been trying her best and nobody should have to endure what she’s endured.”

In a statement to the press, Playboy founder Hugh Hefner said, “I am very saddened to learn about Anna Nicole’s passing. She was a dear friend who meant a great deal to the Playboy family and to me personally.”

Well, this all comes as quite a surprise.Â  What do we think?Â  Suicide?Â  Did somewhat husband Howard K Stern kill Anna Nicole?Â  Did someone murder her son Daniel?Â  Who stands to inherit Smith’s cash?